A consensus has emerged recently around broadening the focus of mental health from improving services to include public mental health and mental wellbeing. Mental health policy cannot be devised and implemented by any single government department or the NHS alone - it requires collaboration across central government, local government and the independent sector.

In 2008/09 an estimated 415 000 individuals in Britain, who worked in the last year, believed that they were experiencing work-related stress at a level that was making them ill (prevalence), according to the Labour Force Survey.

The 2009 Psychosocial Working Conditions (PWC) survey indicated that around 16.7% of all working individuals thought their job was very or extremely stressful. The annual incidence of work-related mental health problems in Britain in 2008, as estimated from the THOR surveillance schemes OPRA and SOSMI, was approximately 5,126 new cases per year. However, this almost certainly underestimates the true incidence of these conditions in the British workforce.

According to self-reports from the LFS an estimated 230 000 people, who worked in the last 12 months, first became aware of work-related stress (incidence), depression or anxiety in 2008/09, giving an annual incidence rate of 760 cases per 100 000 workers.

Estimates from the LFS indicate that self-reported work-related stress, depression or anxiety accounted for an estimated 11.4 million lost working days in Britain in 2008/09.

This is a generalisation though and counselling or psychotherapy usually overlaps some of these techniques. Some counsellors or psychotherapists practice a form of 'integrative' therapy, which means they draw on and blend specific types of techniques. Other practitioners work in an 'eclectic' way, which means they take elements of several different models and combine them when working with clients.

The Stress Management Society defines stress as: “a situation where demands on a person exceed that person’s resources or ability to cope”. The UK’s government agency the Health and Safety Executive says there is a convincing link between stress and ill health. Its research with Personnel Today Magazine recently showed that over 105 million days are lost to stress each year– costing UK employers £1.24 billion. The research is based on responses from almost 700 senior HR practitioners and almost 2,000 employees.

Pressure itself is not bad. In fact, many thrive on it. But when those pressures exceed a person’s ability to cope, then that is when the problems start. It follows, therefore, that we can tackle stress either by reducing pressures or by increasing coping resources – or a combination of the two.

Employees took 180 million sick days last year, averaging 6.4 days each, according to the latest CBI/Pfizer Absence and Workplace Health Survey. The rate of absence is the lowest since the survey began in 1987, and down slightly from 6.7 days per employee in 2007, the previous surveyed year. A small improvement in the public-sector absence rate helps explain the fall, but it remains significantly higher than the private-sector rate.

The impact of staff absence is considerable, with the 180 million sick days costing employers about £16.8bn in 2009, plus indirect costs like reductions in customer service and delays to teamwork.

Unfortunately, so-called "sickies" remain a problem. The senior HR staff surveyed at 241 public and private-sector organisations estimated that around 15%, or 27 million sick days weren't genuine, and cost the country £2.5bn a year.

“We have long known that mental health, back pain and other musculoskeletal disorders are the leading causes of long-term absence, and this year’s CBI report reinforces this”.

Dealing with mental health in the workplace

Employers who wish to create a healthy work environment will recognise the need to establish policies and procedures in the area of mental health that set out a tangible programme with measurable targets and an effective auditing process. The Health and Safety Executive (HSE) recommend that a mental health policy should be an integral part of any organisation's health and safety at work policy. Such an initiative demonstrates that the organisation recognises and accepts that mental health is an important issue and emphasises the organisation's commitment to promoting the mental health of its workforce.

Our hearts and minds can face intolerable pressures from work. Overwork, bullying, low job control and satisfaction, job insecurity, new ways of working, poor work organisation and pace of work can all cause work stress.

The mental symptoms of stress range from sleeplessness and listlessness through to clinical depression and suicide. The physical effects range from appetite loss and nausea through to heart damage and stroke. A workplace with a lot of stress may suffer from high absenteeism, higher risk of accidents, industrial relations problems, demotivation and high labour turnover.

The HSE have produced Management Standards on how employers should tackle workplace stress. In the absence of specific legislation, these standards, based on the risk assessment approach, are seen as the most useful method of tackling stress in the workplace. The TUC has produced guidance for safety representatives on these Standards.

At any one time around one adult in six is experiencing symptoms of mental illness and one in four will experience mental illness during their lifetime. Mental illness is the largest single cause of disability in our society and costs the English economy at least £77 billion a year.

Policy around mental health is developing, in line with the Coalition Government’s emphasis on identifying what actually happens to the health of the patient - the outcome - as a result of the treatment and care they receive, as well as giving major importance to the voice of patients and service users, and handing GPs a central commissioning role.

Entrust your organisation’s health to the leading healthcare specialist. 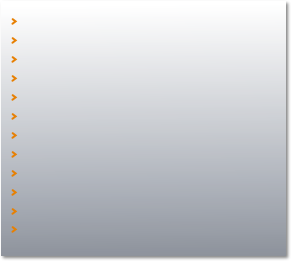 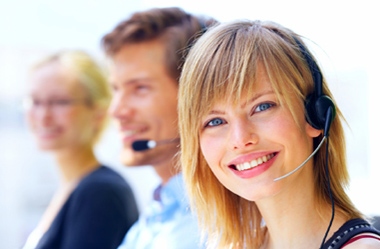 Critical Incident Support for Your Employees

Get a FREE Quote now

Find out what else we can help you with